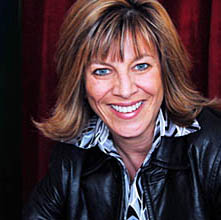 Betty Tsamis, the founder and managing partner of Tsamis Law Firm, P.C. graduated from the University of Denver Law School with honors in 2001.

Ms. Tsamis has represented clients in a wide range of cases including employment, personal injury/motor vehicle accident, and civil rights. She has worked on a number of high profile cases that have received wide media attention including the Jon Benet Ramsey case. She has served as inhouse employment counsel for two global companies and has worked as defense counsel. Because of her diverse legal experiences, Ms. Tsamis is an effective advocate for her clients and has been successful in obtaining early and fair settlements without the need for protracted litigation, trials, and appeals. However, she is fully capable and ready to zealously represent her clients in court when needed.

In addition to her law practice, Ms. Tsamis is a frequent lecturer and author on various legal topics.

LEGAL NOTICE: This forum is designed to provide general information only. The information provided does not constitute legal advice and no attorney-client relationship has been established until and unless you enter into a written agreement with us for legal representation. You waive any right to confidentiality by posting information on this site, including email that you elect to send us. Communications on this site do not and cannot substitute for a full consultation with an attorney practicing in your jurisdiction, and you are encouraged to consult with such an attorney for guidance regarding your individual circumstances. Do not take any action or inaction based on information presented herein since it may not be accurate or applicable to you.